The BUBBLES approach to define safety in the U-space.

Safety is one the pillars of BUBBLES project. When defining a new concept for separation management, development is focused on enabling operations to be performed safely. Therefore, the definition of what is considered to be safe needs to be clear, and this corresponds to the Target Level of Safety (TLS).

In other words, an operation or set of operations is deemed safe depending on whether they comply with the TLS or not. Traditionally, TLS in aviation is expressed as the number of fatalities per flight hour. In manned aviation, which is an exceptionally safe industry, the TLS reaches around 1e-7 to 1e-8. In the case of UAS, BUBBLES has used the value of 1e-6 as reference, which was also identified by SJU in SORA 1.0 documentation.

Regarding manned aviation, as there is always at least a person on board, the order of magnitude of the expected number of fatalities in case of MAC is well-bounded and varies between units and hundreds, depending on the number of passengers and the characteristics of the impacted ground area, which is rarely an urban area.

However, when UAS come into play, there is much greater variance, along with UAS sizes, performances and missions. Many UAS operations are expected to be performed over urban areas, where people over the ground is exposed to a certain level of risk, while a few of them are even expected to carry people on board. For these reasons, in BUBBLES we have proposed the expected number of fatalities in case of MAC to be according to a classification on UAS based on their ConOps, leveraging the risk-based classification used by EASA.

The expected number of fatalities per MAC can be computed by multiplying the expected amount of affected people and the likeliness that they suffer lethal injuries. Preliminary results show expected values for open category to be around 1e-4 fatalities/collision, for specific category between 1e-3 and 1e-1 (depending on SAIL value of operation), and for certificate category an order of magnitude of units is expected.

The implication of this is that different UAS have different maximum acceptable MAC ratios, even though the baseline TLS remains the same for all of them. To further complicate things, two aircraft take part in each MAC, so the expected harm from both of them needs to be considered.

To evaluate these interactions, we have defined different traffic mixes (i.e., the proportion of each traffic class operating in a given volume) and simulated collisions among them, assuming all aircraft are equally likely to interact, i.e., collide, with each other. Note that one way to reduce the probability of interaction between low-risk and high-risk UAS could be to separate them vertically, reserving the highest section of the U-space airspace for the riskier ones (e.g., only Specific SAIL V-VI and Certificate operations over 90 m AGL).

Following this approach, although the baseline TLS is the same for all U-space airspaces, we propose that each individual U-space airspace shall be assigned different maximum acceptable MAC ratios, depending on the local traffic mix.

In BUBBLES we have used a collision risk model which identifies three sets of mitigation measures, according to the moment in the conflict timeline when they are applied: strategic, tactical and collision avoidance.

Using this model as reference, the MAC frequency in a given U-space airspace is reduced via the effectiveness of these mitigation barriers and increases along with the amount of UAS operating simultaneously. This way, safety imposes a limit to capacity of the U-space airspace. Although an increase of mitigation barrier efficiency allows for higher capacities, there is a limit as these efficiencies will be affected if the airspace is too crowded. Thus, a balance between efficiency and capacity shall be reached.

One last aspect to consider is related to scalability aspects. The shown procedure can be applied to ensure the safety of a given U-space airspace according to the aforementioned TLS, where fatalities are expected to happen once every several years. However, further development is needed to escalate to overall amount of fatalities in a national or European level, especially in regards to public acceptance. As the amount of total flight hours is expected to be much higher than in manned aviation, if necessary, TLS shall be updated to lower values or even change the reference units, considering real time instead of flight hours. 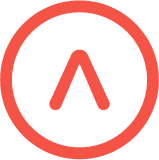